skip to main | skip to sidebar

Dissatisfied and Fed Up

...dissatisfaction with the world as it is is preparation for traveling in the way of Christian discipleship...A person has to be thoroughly disgusted with the way things are to find the motivation to set out on the Christian way. As long as we think the next election might eliminate crime and establish justice or another scientific breakthrough might save the environment or another pay raise might push us over the edge of anxiety into a life of tranquility, we are not likely to risk the arduous uncertainties of the life of faith. A person has to get fed up with the ways of the world before he, before she, acquires an appetite for the world of grace.

Eugene Peterson, A Long Obedience in the Same Direction

The wife and I have been big fans of LOST from the beginning. I happened to read a review of the show before the pilot aired, it sounded intriguing, and so we dived in. It's been an alternatively exhilarating and frustrating six years of television--dealing with revelations about the survivors and their island existence and questions that never seem to get answered--but it's never been boring.

And so Sunday night's series finale was something we were both amped up about. We watched, she cried, I fought to stay awake (not because I was uninterested but because I was up way past my bedtime watching on DVR!), and as the credits rolled we both felt melancholic and satisfied.

It's a bit strange to say this but it feels a little like a good friend has moved away. This was something we shared for the last six years and suddenly it's gone. There is a void.

And it was a good friend. Unlike some others who have expressed everything from outrage to deep disappointment in the way LOST wrapped up, Jen and I felt it worked just fine. Better than fine.

For me, the series can be summed up in one very memorable exchange between John Locke and Dr. Jack Shepherd.

In the end, this half Sci-Fi, half mystical-spiritual show fell solidly on the side of Mystery and Faith, at the expense of Reason. This is what no doubt frustrated many who were looking for answers to the myriad of unresolved questions created over the last six years.

But as one who has often not found it "easy" to believe himself, I was glad the writers chose ambiguity over answers. Increasingly, over the years, I have found that when I can be comfortable and at peace with the Unknown, it is ever so "easier" to believe in what has been revealed.

Finally, I loved the symmetry of the final scene: Jack, laying on his back, staring at the sky, bruised and bloodied; and as the series started six years ago with a close-up of his eye opening, now it ends with a close-up of that same eye closing. Very satisfying.

(One comment on the revelation that everybody seemed to have actually died in the original Oceanic crash (again, somewhat ambiguous and open to interpretation), and the last six years have been lived in a kind of purgatory existence, on the way to the afterlife.

This reminded me of C.S. Lewis' The Great Divorce, in which characters who have died don't realize they are dead and are living in a kind of Hell. In Lewis' imagination [and he is clear at the onset that it is just that--his imagination] those who are in this Hell are not confined there, that indeed they can move on to heaven if they choose. But in the whole book we see only one individual who is able to make this transition. The rest are too inward focused, too attached and consumed by their "demons."

The producers have gone on record as being men of faith (Catholic Christians, I believe), and even had one character--a woman, in a minor role--named Charlotte Staples Lewis. A clear nod, in my mind, to Clive Staples (C.S.) Lewis. So, who knows, maybe their idea of "purgatory" was not simply influenced by Roman Catholic theology, but also by the fiction of a British Anglican. It's fun to wonder.)
Posted by paul thomas at 9:30 AM 1 comment:

This is a really good book. As one who trends toward the "I" on the Myers-Briggs scale, I deeply relate with its themes. It's a message that the entire Western, extroverted Church needs to hear, and one that will help introverts everywhere to feel understood. Check it out here.

Posted by paul thomas at 1:36 PM No comments:

Our elder board at church is reading The Hole in Our Gospel by Richard Sterns, president of World Vision. Good book. Here's a nice reminder of what sharing the good news is about, in total.

Proclaiming the whole gospel, then, means much more than evangelism in the hopes that people will hear and respond to the good news of salvation by faith in Christ. It also encompasses tangible compassion for the sick and the poor, as well as biblical justice, efforts to right the wrongs that are so prevalent in our world. God is concerned about the spiritual, physical, and social dimensions of our being. This whole gospel is truly good news for the poor, and it is the foundation for a social revolution that has the power to change the world. And if this was Jesus' mission, it is also the mission of all who claim to follow Him. It is my mission, it is your mission, and it is the mission of the Church.
Posted by paul thomas at 10:47 AM 2 comments: 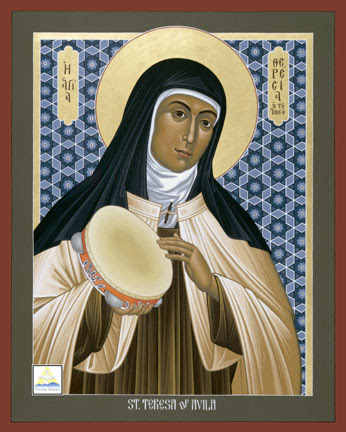 Saint Teresa of Avila
Posted by paul thomas at 3:05 PM No comments:

In the wake of Tuesday's tragic earthquake in Haiti and the ongoing reports of the devastation--I think President Obama's adjectives "cruel" and "incomprehensible" were pretty spot on--I thought about the reading below from Henri Nouwen.

These are the types of circumstances that test my faith in a loving God. Nouwen's hope of a God at work in the midst of the pain--almost unnoticeable but still there--is my hope too. Read especially the final paragraph.

These words from last night's liturgy have stayed with me during the day. Our salvation comes from something small, tender, and vulnerable, something hardly noticeable. God, who is the Creator of the Universe, comes to us in smallness, weakness, and hiddenness.

I find this a hopeful message. Somehow, I keep expecting loud and impressive events to convince me and others of God's saving power; but over and over again I am reminded that spectacles, power plays, and big events are the ways of the world. Our temptation is to be distracted by them and made blind to the "shoot that shall sprout from the stump."

When I have no eyes for the small signs of God's presence--the smile of a baby, the carefree play of children, the words of encouragement and gestures of love offered by friends--I will always remain tempted to despair.

The small child of Bethlehem, the unknown young man of Nazareth, the rejected preacher, the naked man on the cross, he asks for my full attention. The work of our salvation takes place in the midst of a world that continues to shout, scream, and overwhelm us with its claims and promises. But the promise is hidden in the shoot that sprouts from the stump, a shoot that hardly anyone notices.

I remember seeing a film on the human misery and devastation brought by the bomb on Hiroshima. Among all the scenes of terror and despair emerged one image of a man quietly writing a word in calligraphy. All his attention was directed to writing that one word. That image made this gruesome film a hopeful film. Isn't that what God is doing? Writing the divine word of hope in the midst of our dark world?

Far too long, historians have accepted the claim that the conversion of the Emperor Constantine (ca. 285-337) caused the triumph of Christianity. To the contrary, he destroyed its most attractive and dynamic aspects, turning a high-intensity, grassroots movement into an arrogant institution controlled by an elite who often managed to be both brutal and lax.
--Rodney Stark, For the Glory of God
Posted by paul thomas at 4:23 PM 1 comment:

If the album has an overriding theme, it is the acceptance of life's uncertainties. "I think there's a liberating nature to that concept," says Tweedy. "It allows for a playfulness and an engagement in life that is more enjoyable than the alternative. I've aspired to convey some of those things for a long time now, maybe not so clearly before because it hasn't been so clear to me. But I do believe that the greater ability you have to tolerate ambiguity, the more successfully you can steer your life. The alternative point of view – the complete dismissal of ambiguity, trying to rationalise irrationality – can be very destructive."
(From an interview with Jeff Tweedy of Wilco, in The Independent)
Posted by paul thomas at 8:02 AM 5 comments:

True confession: I'm having a really hard time rooting for the Dodgers in the playoffs. My desire for a freeway world series and my dislike of the Dodgers are going head to head. I'd still like to see the Angels square off against the Dodgers but I must admit to being secretly pleased that they lost last night.
I'm a conflicted sports fan.
Posted by paul thomas at 8:25 AM 2 comments:

...centralization and codification, undertaken in the interests of religion, are a danger to the core of religion.
--Martin Buber

...there exists in every church something that sooner or later works against the very purpose for which it came into existence. So we must strive very hard, by the grace of God to keep the church focused on the mission that Christ originally gave to it.
--C.S. Lewis
Posted by paul thomas at 10:00 PM 4 comments: 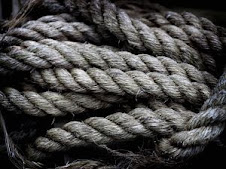